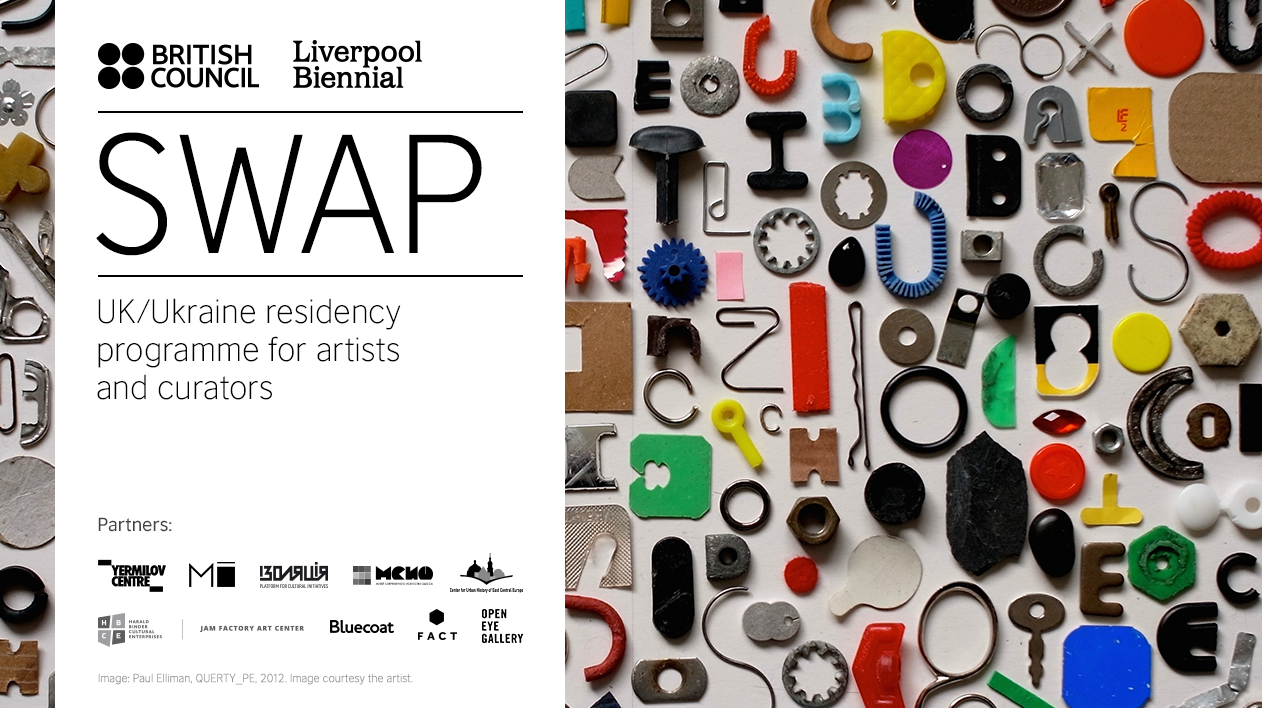 IZOLYATSIA is pleased to announce its participation in the third iteration of SWAP: UK/Ukraine Artist Residency Programme co-organised by the British Council Ukraine and Liverpool Biennial. The project aims to connect artists from Ukraine and the UK and support their professional development and internationalisation. As in its first year, the programme is also designed to give artists the time to research, reflect and explore the UK/Ukraine’s vast artistic traditions.

IZOLYATSIA is one of the project’s partnering organisations in Ukraine, along with the YermilovCentre and the Municipal Art Gallery, from Kharkiv, the Museum of Odesa Modern Art, and Lviv’s Jam Factory Art Center and Centre for Urban History. In Britain, Liverpool Biennial and its partner venues in the city—Bluecoat, FACT and Open Eye Gallery—provide the expertise. In September-October 2018, IZOLYATSIA will hold a residency of up to 45 days for one of the six UK-based artists selected through an open call.

Moreover, the organisers are looking for three Ukraine-based artists and one curator looking to spend up to 45 days in a Liverpool-based residency curated by the Liverpool Biennial team inSeptember-October 2017.

The deadline for applications in July 15, 2018. For more information, please visit the project’s official page.